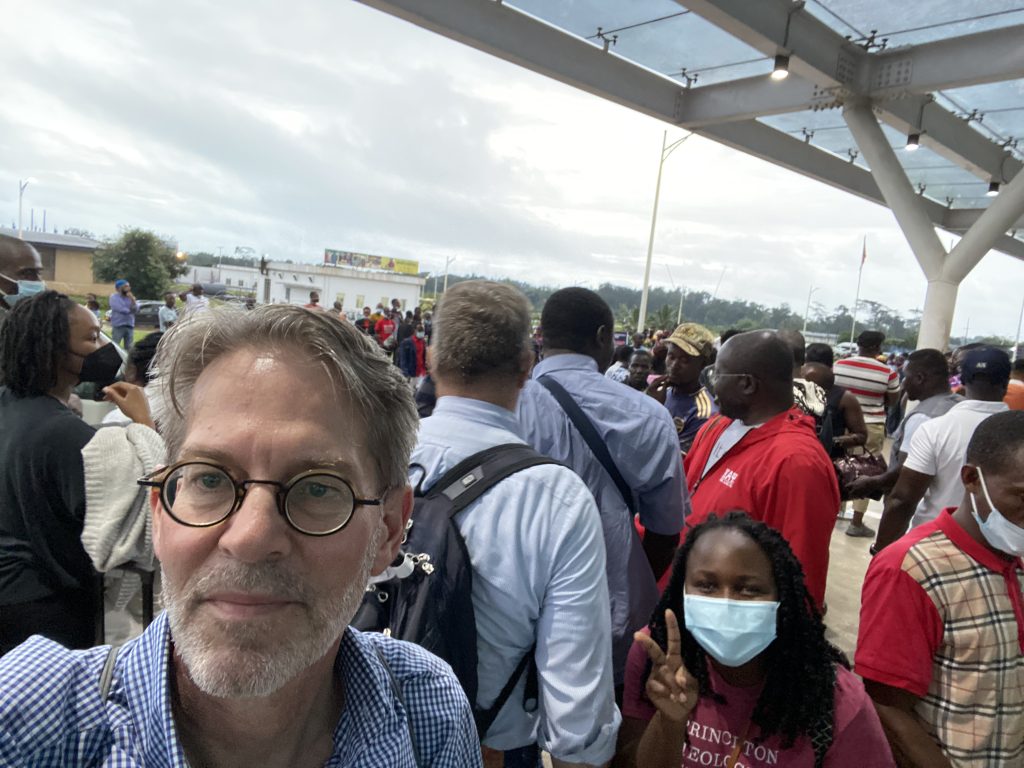 Arriving in Monrovia. Ruth, one of our student delegates, offering a peace sign.

Yesterday, I spent the blur of hours on planes and in airports getting to know my fellow travelers and reading up on the history of Liberia. So, a bit about both items.

First, my fellow travelers. I am participating in this experience at the invitation of Princeton Theological Seminary, one of three co-sponsors of the “Afterlives of Slavery” conference, along with the University of Liberia and the Smithsonian Institution’s African American Museum of History and Culture. The conference consists of about five faculty, two pastors (yours truly and the Rev. Darrel Armstrong), and five students. Most of the faculty are offering papers, and the Pastors and Students will present as part of a panel. (I will be sure to write more about my presentation in a future post). As the theme implies, the focus of the gathering is to reflect on Liberia and how it represents many aspects of the “afterlife” of American slavery.

Next, a bit about the basics of Liberian history, in brief. I’ve rendered this via bullet points in service to such brevity. 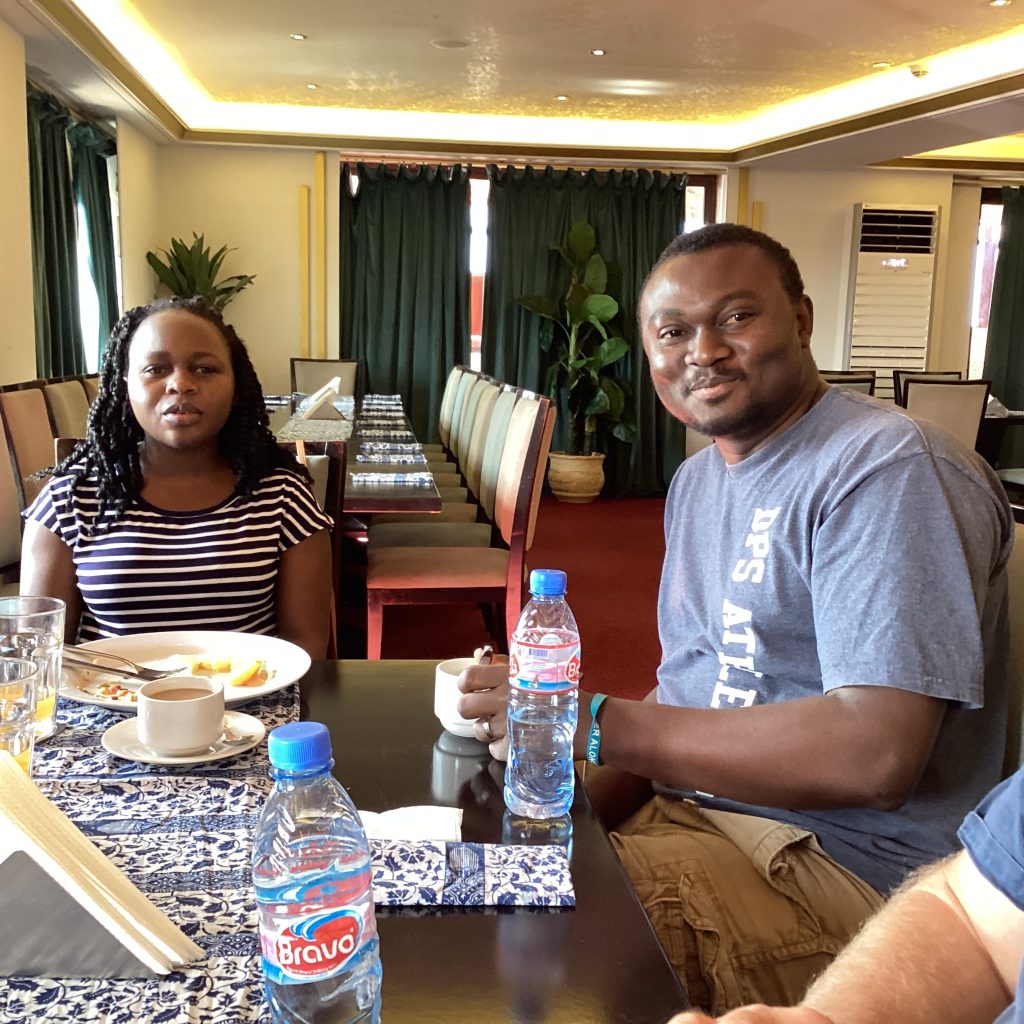 Israel, one of the student members of our delegation, spoke last night about growing up in Nigeria. His father was a member of the Economic Community of West Africa Monitoring Observer Group (ECOMOG) peacekeeping force that sought to promote stability during the Liberian civil war.