What are the differences between Presbyterianism and Catholicism?

Author’s Note: I wrote this almost a whopping five years ago, and it’s one of two posts that drives most of the most new traffic to our site. If that’s you…welcome! Make yourself at home! I’m re-publishing it under today’s date so it appears for more folks to read and comment.

What are the differences between Presbyterianism and Catholicism? A very big question! Several of you asked it – which means it’s really on people’s minds! I’ll try to give it a brief treatment, and we can talk more in class. First, you should know that there are many members of our congregation who are former Roman Catholics – well, we like to say that they are still catholics, but just with a small “c”. What do I mean by that? When we say the Apostle’s Creed, one of the affirmations toward the end reads, “I believe in the one holy catholic and apostolic church.” It’s critical to understand what’s meant here. When we come to that line, Presbyterians do not understand that that word “catholic” implies membership in the Roman Catholic Church – a more specific entity, whose leader Pope Francis, is based in Rome, and whose worship practice, called a “mass”, is focused on the Eucharist (or Sacrament of Communion).

In the beginning there was only one church – whose original Bishop was Peter (he who denied Jesus 3 times on Good Friday), and was based in Rome. There’s a lot of complicated history after the early period, but basically “apostolic” means that the first apostle who became Bishop of Rome, again Peter, “passed the torch” of leadership to another bishop, who passed it to another, and so went the leadership…an unbroken succession of Bishops (Popes) going all the way back to Peter. Up until the 11th Century, there was only one “holy catholic and apostolic church” – the one based in Rome. However, there was a schism (“The Great Schism”) in the 11th Century, when the Eastern Church, based in Byzantium, broke from the Western (Roman) Church. (Here’s a helpful chart of all the schisms).

For our purposes, though, the split that involved Presbyterians (eventually) happened in the mid-16th Century, and began (more or less) with an Augustinian monk named Martin Luther. He led a protest movement against many of the abusive and non-biblical practices of the Roman Catholic Church. The beginning of the Protestant Reformation began when Martin Luther nailed his famous 95 Theses to the door of the Wittenberg Church. Luther’s goal was not to start a new church, but reform the original one. But it became evident that this would become impossible. Thinkers like Luther, and a later thinker named John Calvin (who is the original founder of Presbyterianism) read the Bible, and came to understand the church in a different way. The church is not to be identified with a human institution (the Roman Catholic Church), and a human practice, like the succession of Popes whose office is decided by that institution. Human institutions become tainted with human sin, and power (which the church had in abundance in the 16th Century) can easily corrupt human institutions, as clearly did happen in the 16th Century. No institution – not even the church – is ever pure, and because of it’s tendency toward corruption, we can never identify the “true” church with such an institution.

So how do we identify the church? We understand that the one holy catholic and apostolic church is actually a mystical body, not defined by any denomination or human institution. It is an institution whose true membership is known only by God, consisting of believers earnestly seeking to follow Jesus; it’s apostolicity (whew, big word!) owes to the fact that Peter is the one who passed the teaching not the office to subsequent generations of Christians. Not that the institution is unimportant (the church is absolutely critical!) But the church can’t be the thing that enables us to call ourselves “Christian,” or confers on us the status of “saved”. So how to identify the church? John Calvin gave us a very simple way of identifying the church: the church exists wherever the Word (the Bible) is rightly preached, and where the sacraments (more on them later) are rightly administered. No human authority can confer the status of “church,” even though as Christians we’re required to form a church and to live in a community where common rules and discipline are part of our community life.

There are many other ways that Presbyterians and Roman Catholics (or just Catholics, with a capital C) are different – too many to describe here. But here are a few: we have a different form of church organization (much more about that in the video you were assigned); we have a different understanding of the Sacraments, obviously a different requirement for leadership (celibacy for Roman Catholic priests, was not practiced in the early church, was a point of disagreement with the early Protestants, who saw celibate priesthood as non-biblical), and the list goes on. When John Calvin set out to reform the church, he basically threw out every practice of the Roman Catholic Church that he found to be NOT justified in scripture – so that our worship and form of church government is quite extensively different.

Next topic: Are there sacraments in Presbyterianism like the Catholic Church? What is the process for baptizing a baby? What is confirmation? 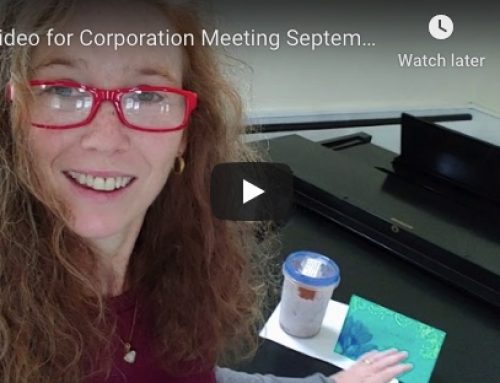