PCOL Blog for All

No “Safe Space” for Jesus 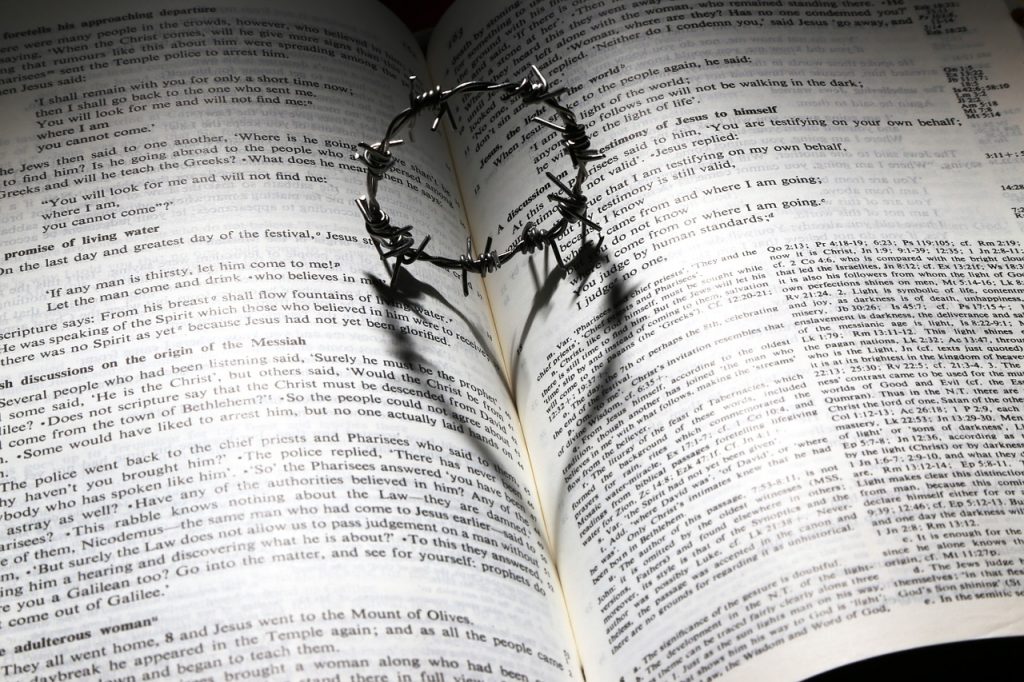 In the decades following the dominant rise of commercialism in the 1950’s, American culture increasingly promoted the concepts of ease, comfort, safety and entitlement as virtuous ideals. This indoctrination continues unabated today, with television advertisers reminding us hourly that we both “deserve the best” and that their products are “guaranteed” to provide us unparalleled satisfaction. No inconvenience is too petty that it cannot be immediately remedied by a product, pharmaceutical remedy, or needles service. According to our television sets and iPads, we are only a few mouse clicks away from the ideal comforts we deserve. Few of us stop to ponder whether this promised, soft lifestyle is actually beneficial, and whether the principal goal of our lives should actually be limited to pursuing as much safety, comfort and pleasure as possible. For Christians, this fundamental question is well worth consideration.

Not to be outdone by mere commercial interests, our educational institutions jumped on this bandwagon as well. However, the academic purveyors of the comfort/safety/entitlement ethos are not selling products, but a related ideology. This is effectuated by replacing the “difficult” review of primary sources with the easier consumption of acceptable post-modern “criticisms.” The previous relentless pursuit of objective truths, often requiring late nights and an affinity for coffee, is replaced with easier indoctrination. In this way, the safe repetition of accepted ideologies quickly replaces academic rigor, and the facile, though dubious concept of “my truth,” becomes an acceptable alternative to “the truth.” In this new academic environment, the former pursuit of objective reality, with all its doubts and challenges, is no longer the goal, but is instead something “dangerous” to be avoided. In its place, “safe” ideas are rewarded in the new construct of the “safe space.”

The “safe space” is perhaps the most unfortunate progeny of this new ideology. Infantile, and patently at odds with fundamental concepts of education, the “safe space” allows nothing to “harm” its resident, such as the pesky opinions and differing ideas of other people. Like the iconic “hear no evil” monkey, the resident of a safe space remains out of “danger” by engaging in the figurative or literal covering of the ears. It is the ultimate manifestation of the comfort/safety/entitlement ethos, but whereas commercialized “comfort” is for the body, the “safe space” provides absolute comfort/safety/entitlement for the mind. For the Christian, the ramifications of a life spent seeking a “safe space” are significant.

The reason for this is simple. Jesus had no safe space. To even discuss his life in the context of the modern comfort/safety/entitlement ethos is eminently absurd. Both mentally and physically, he operated as far from a human “comfort zone” as possible. Rarely do we contemplate, let alone attempt to appreciate, the depth of his human suffering. Separated from his family, leading a group of followers who clearly failed to understand his mission, reviled by the religious leaders he met along the road, “Jesus wept” as Jerusalem came into sight. However, beyond this, the sheer, solitary uniqueness of his condition, coupled with the terrible knowledge of his true purpose, must have produced a breathtaking loneliness. Given what he was, there never was a safe space for Jesus.

How then was he able to complete his task? This question is scarcely asked. Rarely do we hear about the courage of Jesus, but surely it was courage that gave him the strength to go to Jerusalem, to master his fears in the Garden of Gethsemane, and to stand silent and calm while the Sanhedrin hurled insults at him during his “trial.” Despite this, Jesus’ courage is hardly ever discussed, probably because courage is associated with warriors, not peacemakers. Further, courage is not found among the seven “heavenly” virtues of Christianity, but this is an obvious oversight. In many ways, courage is the greatest virtue. Without courage, the other virtues are inconsequential, reduced to mere thoughts without deeds.

Is courage compatible with the “safe space” and our modern comfort/safety/entitlement ethos? No, it is assuredly not. Instead, the safe space is the haven of the fearful. It is the penultimate expression of our comfort seeking modern mind, misguided, weakened and diminished by a cheapening of our understanding of human potential. It is also incompatible with Christianity, since Jesus’ mandate to “follow me” necessarily requires a quantum of courage in the believer. Despite this, the concept of the “safe space” provides a useful tool, not only for appreciating the courage of Jesus, but for measuring our complaisance with the comfort/safety/entitlement ethos.

John is a first-born American with Canadian parents from Ontario.  He lived in various U.S. states and Canadian provinces until he met his wife as an undergraduate at the University of Richmond.  John and Bev will celebrate thirty years of marriage in June.  They have lived in Ewing for approximately 25 years.  He is a litigation partner with a national labor/employment law firm and manages the New Jersey office.   They have been PCOL members for about 20 years.  He previously served as a deacon and elder.

PCOL Provides this space for its members to reflect on the meaning of the gospel in daily life. It’s an extension of our Meetinghouse, and available to all. Please feel free to comment below and continue the conversation.